This morning I awoke to that constricting feeling of when your blanket starts to get wound a little too tight around you… Usually uncomfortably exposing a foot which becomes about 30 degrees colder instantly. Flailing around I finally escaped from the blankets grasp and half-asleep dug around for the phone.

Where the hell is it…. oh god I hope it isn’t on the floor… The thought of having to get out of bed before actually knowing the time was too much to deal with this morning.

Finally my hand felt the cool glass of my screen. Clicking the center button illuminated my digital Mickey sneering at me. Looking above my snarky digital dog, the clock proclaimed it was “6:57AM.” I stretched and felt the familiar and satisfying crack and pop of my back waking up. I also began to hear the scratching of the gate being moved back and forth against the tile in the kitchen.

And that started it. The chorus of pathetic howling (and barking) dogs from the kitchen echoed down the hall into my room. I heard the familiar sound of Luna (my more dog-like cat) fly over the piano (surely aiming to hit as many keys as possible) and jump up on the leather couch, coming up a little short as I heard the flail and zipper like scratch of leather as she dug her claws into it.

Often times I just make my breakfast and sit outside with Odin close to my feet watching the rest of the dogs run from one end of the yard to the other. Most of the time they stop at the shallow end of the pool to get their feet wet enough so they can collect a good amount of mud on their next circuit. Because let’s face it- my yard has more sand and dirt than grass these days. Rodeo is sprawled out on the lawn chair sunning himself while Mishka and Cheyenne wrestle around the dirt-yard. Ewe runs frantically around the pool trying to control everything with one of his beloved outside toys clutched tightly in his mouth muffling his terribly obnoxious herding dog BARK BARK BARK. For someone who isn’t a dog person, you’d probably want to rip your hair out. I mean the barking, while muffled, drives me nuts. Rodeo usually has “adjusted” the lawn chair cushions to his own liking. The girls are in fact bringing more and more dirt into the pool which I will have to clean out of the filter later.. On top of the fact that they are now wet and dirty. But for some reason i’m sitting there half-asleep way too early on this Sunday morning SMILING as I watch them create chaos all around. They’re happy. So i’m happy.

Most people don’t get that.

“There’s just so much hair…”

“Do you really walk them… All of them?” 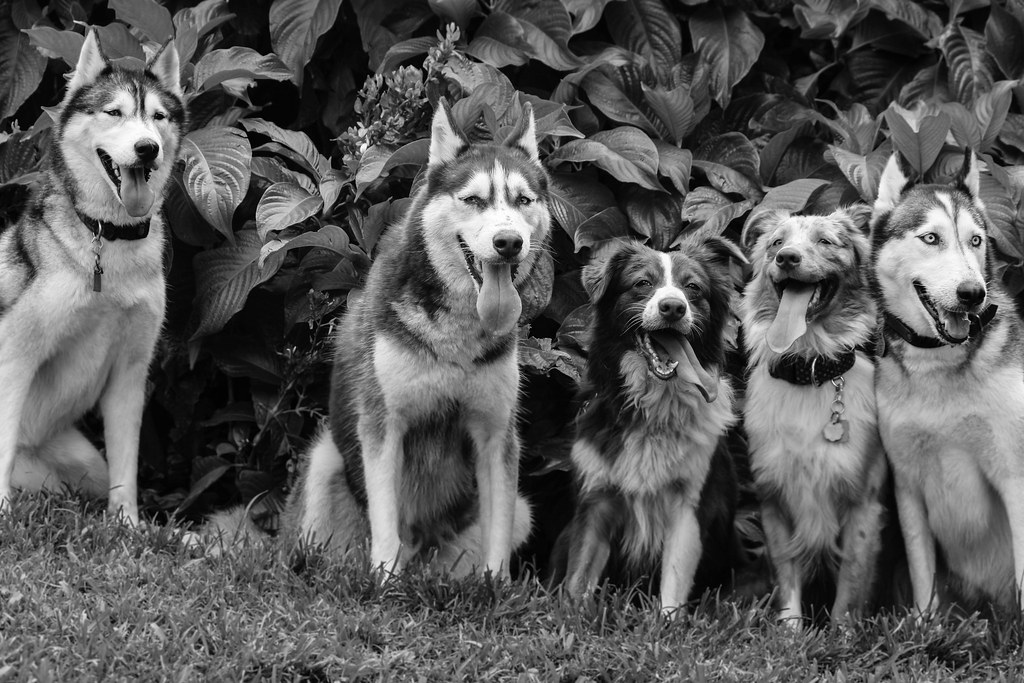 Yes. They shed. They make noise. They can be unruly (I mean honestly I think the majority of them are full of mud in the picture above.) They need exercise. They need to be picked up after. They tear up the yard…

But doesn’t your human child need breakfast (and then lunch AND dinner!) everyday? Don’t they make messes? Don’t they yell and scream for no apparent reason? Throw tantrums? Get sick and need you up all night? Break their toys? Break YOUR toys? Isn’t that part of it? Walking into the bathroom to see them covered in toilet paper with the bathtub overflowing with bubbles since they dumped the entire bottle in… And you go to grab the camera.

So do I. Except my dogs don’t have opposable thumbs so there is no bubble explosion going on. And the toilet paper temptation was remedied long ago.

But unlike people with multiple children I get weird looks, people whisper about us behind our back, and sometimes even flat out call me crazy to my face. And I can’t even understand it. Why is it so wrong, or weird, or odd for me to have multiple pets? I mean i’m not stupid I know it’s not something you see everyday… but there are people who I have had the displeasure of running into that are just flat out rude or mean to me because of it. There used to be a group of people who frequented the closest dog park to us who legitimately would pass time by talking about me while I was there with my dogs. While their dogs are screaming at the top of their lungs for a ball to be thrown, attacking other dogs for getting too close, and just generally being rude, obnoxious, and unfriendly… But i’m the freak? OK.

My dogs bring a happiness and joy to my life. No- I don’t have kids. (And for all of you who say “Oh you’ll forget about them when you have your children” and the like… That shit is rude. And makes me want to smack you.)  So these dogs are LIKE my kids. I love them for each of their little quirks, I know their barks, I know their strengths, their weaknesses, their fears, … These aren’t just 4-legged hair-making barking eating-and-shitting machines… These are my dogs. They each have their own soul, their own mind, their own energy that radiates out of them and brings me happiness everyday. They know how to do “the face” that will bring on the stupid voice I reserve especially for them when I squeeze their cheeks and kiss their noses while telling them to “stop being so f’ing cute.” They know just which barks annoy me and when to employ them to provide for maximum annoyance. You don’t have to like me. You don’t have to like my dogs.

You don’t have to like dogs at all. But I do. And if you aren’t down with that, well we just aren’t that into you either. 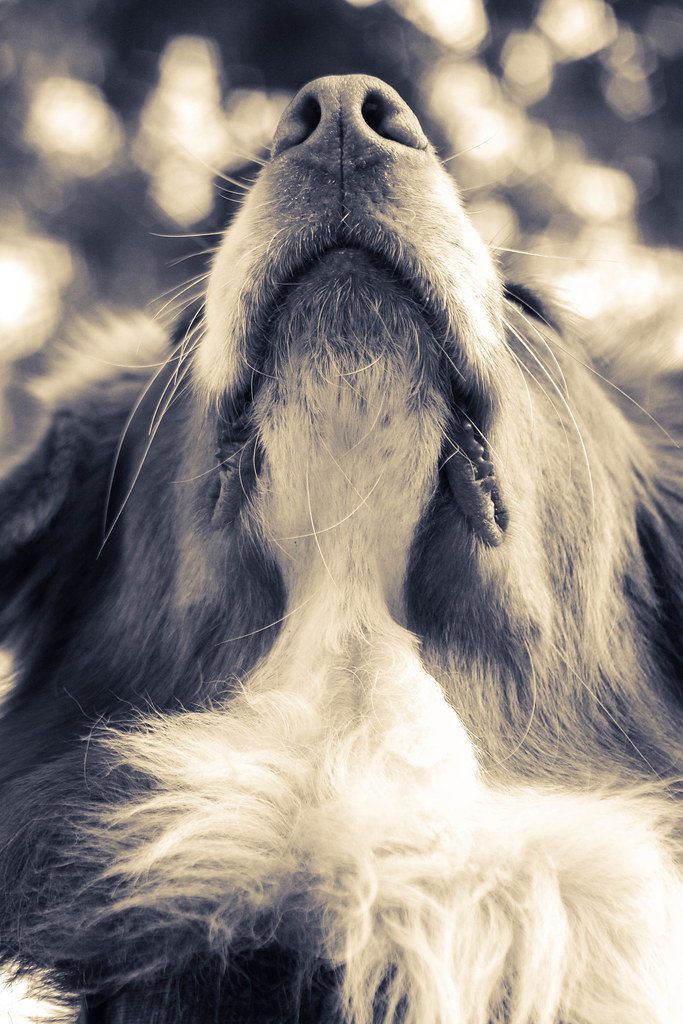 44 thoughts on “Why dog people are crazy… but also totally awesome and better than you. Probably.”

this blog contains uninhibited and unfiltered thoughts, ideas, and ramblin'… mostly about dogs